As you may have gathered by now, we have been out of any communication areas, heavenly, no mobiles working, no net access, just us and nature and a few other intrepid travelers. Today we are having a 4x4 driving day. There are a couple of places close by which we had to visit. The first is the Blow Holes at Thunder Bay, I have never seen a blow hole before so am full of anticipation as to what we will find. Now this area we are in as I mentioned is for 4x4 vehicles only, very sandy one vehicle width sized tracks so down with the tyre pressure again to make Winston's feet all soft and squyidgy giving us a wider surface area so we don't get bogged down. Driving at around 20 to 30 kph this was going to be a long drive in time but not too far in distance, a round trip of around 100 km. On entering this area was a big warning sign, now this sounds like fun, something to get the heart beating faster, a natural theme park 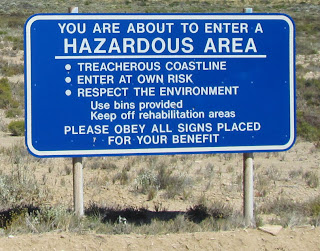 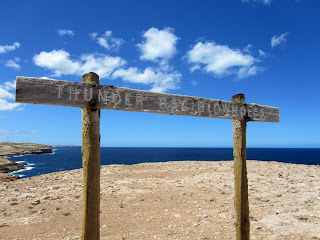 Listen to the sound of the air gushing out of this wee hole. 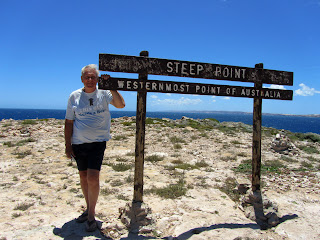 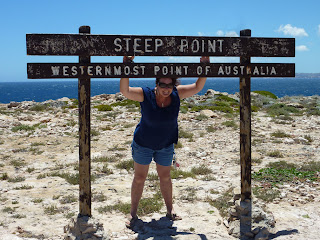 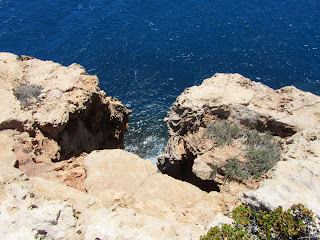 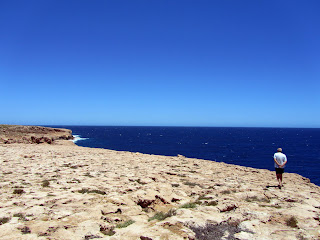 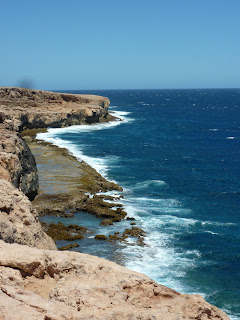 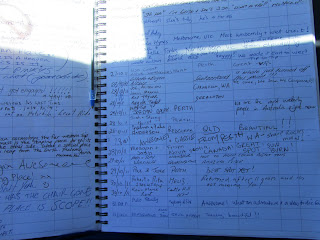 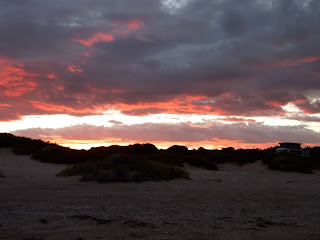