Once again packed up and ready to move on. Last night I tackled the bed situation again, we have still not conquered it. I took every cushion available in Winston and made what looked like a strange nest to bed down in, hoping another 4 inches of foam between us and the wooded board supports will be more comfortable. Alas it was no better and it took me ages to put Winston back together again in the morning. Where ever there is habitation in the form or a town we explore to see if we can find a wind breaker to subdue some of the winds that keep blowing out our gas stove and also the thin blow-up mattresses which we know exist. We were lucky in Denham today and have found a wind-breaker tarpaulin thing, with a couple of sand pegs and some sting we will be able to create a bit more shelter. We also managed to get two of the blow-up bed mat things so tonight we will be giving them a try.

On the way to Denham, in an area called Sharks Bay we stopped off at the Ocean Park Aquarium, I have read they feed sharks here every hour. Now in my mind I was hoping to see a great white, with mouth wide open, grabbing then ripping to bits some sort of food. Being the gentle person I am, I am not expecting this food for the sharks to be tourists or any other sort of human that is about. Alas, the sharks were Lemon Sharks and were not hungry (they were fed on meaty fish skeletons), but even so I had a super time. They had set up several pools, some indoors and some outdoors with many other species of fish found on this coastline and the guide was immensely entertaining to listen to. 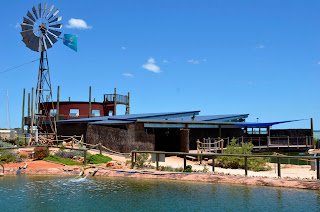 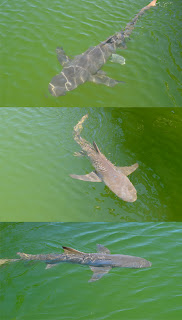 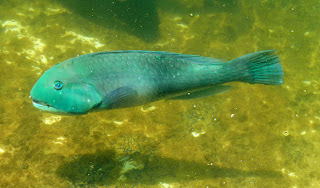 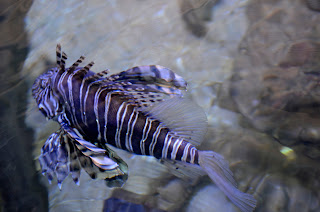 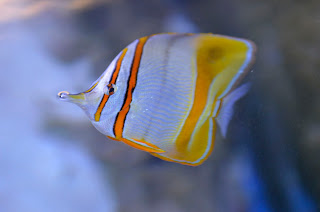 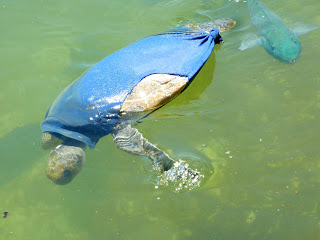 The Green Backed Turtle is in recovery mode. Why is he wearing a blue t-shirt. Well normally he would be swimming under the water and keeping his shell wet but this chappy was found a couple of weeks ago washed up on the shore at Monkey Mia. He had eaten something toxic and this led to him bloating up and being unable to dive below the surface. Last week he looked like he would not make it but this week he is starting to move around again and is eating. Bless him, watching him take a gulp of air and try to dive below the surface only to find he kept bobbing along was heartbreaking. At least he is in a good temporary home and with some TLC, hopefully he will make a full recovery and be on his way back to the ocean in no time at all. I had hoped also to buy Nikki a shark (not a real one) as a shark from Sharks Bay to go with the playing rugby for the Sharks all sounded pretty neat. Not much available in gift shop so no shark but at least I tried. 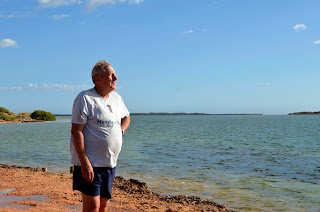 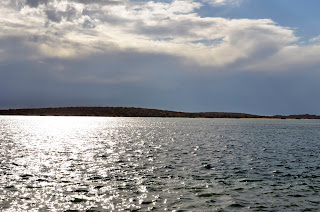 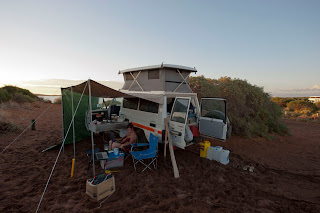 Tonight we are in the Francois Peron National Park with another home by the sea. I have no idea what we are going to do tomorrow, life is full of surprises
Posted by Mimi at 2:28 AM