Pretty much all packed up and ready to move and we changed our minds and decided to stay in this beautiful spot for another day.  What luxury not having to be anywhere at any time, the day is our own.

Now last night strange things were happening at this bush camp.  To begin with Alan heard a big plop and, yes, you guessed it, a bird shit landed on his chair, narrowly missing him.  Not long after another thudding plop and this one bounced off Winston onto me.  Another bird poop, now I believe this is meant to be lucky so I kept the cursing to myself for once.  With only the moonlight to see what what was happening (we refused to put on any of our lights, it would ruin the evening), we heard several more loud plops.  I am not joking, it sounded like somebody was dropping rather large poops from a good hight and when they landed they were all squiggly. In fear of our chairs being attacked when we went to sleep in Winston's penthouse bedroom we folded them up and stood them in Winston's kitchen (no roof but at least they created a small surface area to be hit <g>).

This morning on waking I investigated the ground around us in daylight to get a picture of these super human poops that dropped around us last night - no sign of anything, a real mystery.

What a relaxing day, we did not do very much or move very far, instead we tucked into a bottle of vodka which we mixed with Red Bull - yummy and for entertainment sat waiting patiently with our cameras for any wildlife that past our way.  We were spoilt with the amazing images, many which we were able to capture with our lenses.  Nearly all birds, a few dragonflies and a kangaroo tail which alas had no body attached to it as it bounded out of view.  OK, it did have a body but we didn't see it before it vanished behind the bushes.

I have one thing to mention but will do that after this abundance of bird photography, it has been hard picking yet again, just a few images from the couple of hundred or so we have taken. 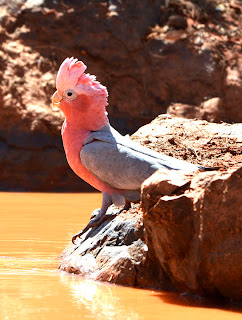 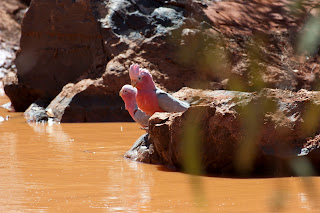 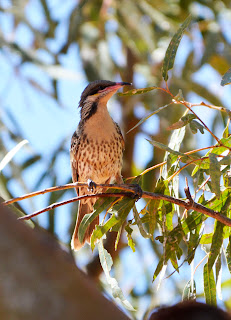 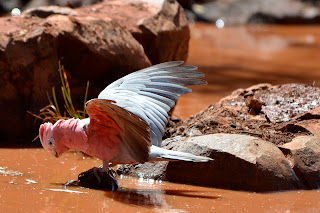 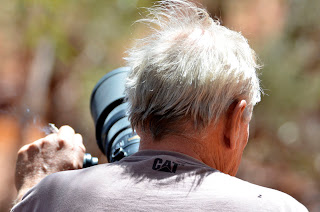 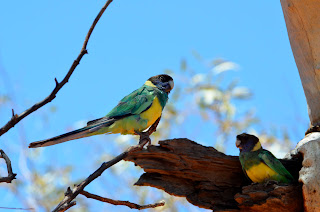 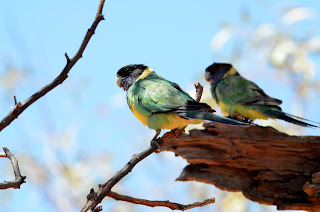 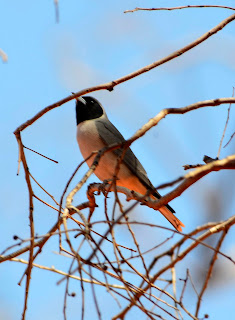 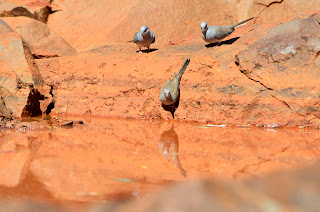 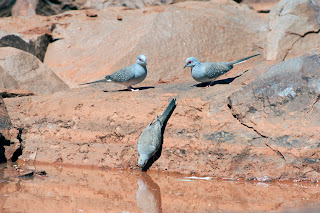 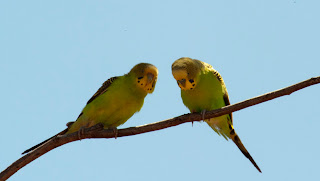 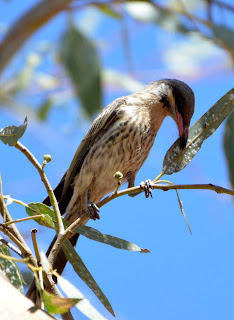 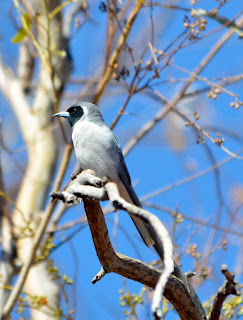 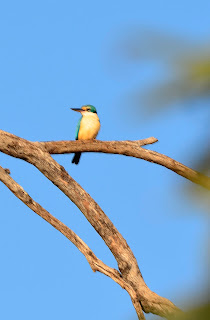 With our solar shower heating water all day it was a real treat to have a hot shower, wash and condition hair and soak rust red feet.  We are doing rather well here with our water conservation, Between us for a full all over clean up we used less than 15 litres of water, around the same as a non eco-friendly toilet uses in one flush!!!!!

Right, before I go and leave you with a sunset sort of image for the day I will solve the mystery of the plopping poops from last night.  Once again, as darkness fell the frogs chorus started up, and the plopping poops began to fall, first one, then another, then a couple more, about 8 or 9 in all.  Again, Alan was hit on his shoulder but this time the poop failed to adhere itself to him and continued to the ground landing on a white packet of wet-ones.  With an almost full moon and the white packed underneath the poop outline was clearly seen.  Would you believe, it was a frog.  The frogs must be hiding in the tree during the day and using the hollowed out areas as safe homes until nightfall, when they venture out and take a superhuman leap to the ground without parachutes.  How they survive the fall unaided is beyond me but they do.  I guess, after landing safely they head off in the direction of the frog chorus for a night full of shinanagins <g>.