Waking up this morning and attempting to do the washing up from the night before Winston but was not being vey cooperative, his water tank was dribbling out water at a ridiculously slow rate.  On stepping back and having a look, Winston had a distinctive lean, a closer inspection revealed a flat tyre on his back right side.  This explained why the water coming out his tap at the front left was only a trickle.  Time to forget the washing up and have another cup of coffee before packing up and moving on. 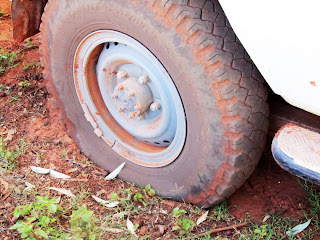 Alan sorted the tyre with the air compressor, no need to change this one, more air and a careful watch was all that was needed to get us to Wiluma, only 20 or so km away.

First stop the garage, fuel and then query if they could do the tyre for us.  Alas no but the nice Chinese lady called the owner who pointed to a workshop at the end of the road where Winston could have minor surgery once again.

Talk about a small world, Barney (now our Barney from KSA, if you are reading this it was not you <g>).  Barney's real name was Jason Barnette so close to our mate Brian Barnette, but they did not look alike so we don't think they are related <g>.  Barney was a great help, fixing Winston's tyre then taking time out before his morning coffee for a chat.  Knowing we are heading south on the Goldfields Highway for now he recommended we checked out Gwala and the Niagra Dam on route, possible places for bush camping and a bit of history to add to our story. 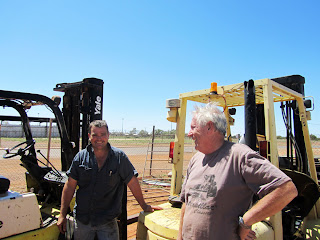 Driving along we have seen some rather large mining outfits.  Here is a picture of one we passed which really demonstrates the destruction to the landscape created in a quest for gold, nickle and whatever other commodities the land has to offer humans to satisfy their needs!!!! 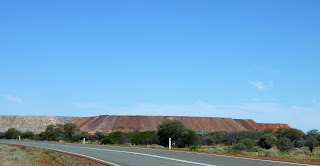 We stopped in Lenora for more water etc, and then drove off.  About 15km south of Lenora Alan pulled in for a pit stop and to browse the net before the signal eventually died.  Up until now I had been busy while Alan was driving to upload as many blog posts as I could with a signal varying from 1 bar to 3 bars on my connection it was proving difficult at times.

Life has a wonderfully strange way of throwing surprises at you.  A few times over the past couple of days we have seen the most magnificent birds of prey while driving (all the same type of bird) but there has never been an opportunity to bring Winston to a halt, get the camera kit out and take the pictures before they fly away.  Now here today, in this pit stop was another of these magnificent birds, he flew up into a tree just a 100 or so metres from our resting place.  Camera on the seat beside me I was all ready to hop out the car and capture him on film. 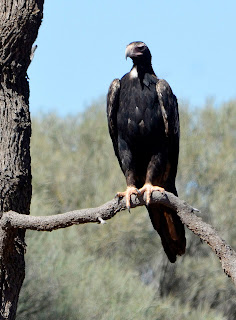 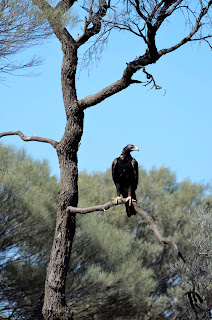 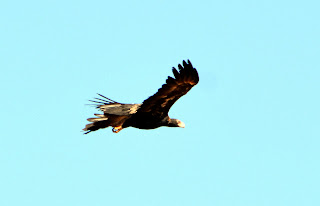 Time to move on again when I realised we had driven past Gwala, one of the places Barney had recommended we investigate.  Turning Winston round we headed back to this almost abandoned old mining town.  Instead of me babbling on, click on this link to read about it - Gwala.  A curious place, we drove around planning to stop but a sign for B&B and 3 different properties with satellite dishes kept us on the move.  I can see this place becoming like the working museum we have in the north east of England, Beamish, in the future.  Interesting to know that Herbert Hoover, the 31st President of the USA was the mine manager here and Gwala even had his head frame, made out of Oregon Pine wood which he designed himself, believed to be the only wooden incline head-frame left in Australia.

On our way back to Gwala Alan saw a track leading to a lake on his sat nav, this needed investigating and proved to be another magical spot for us to spend the night.  With all our senses once again being stimulated we settled down with our cameras at the ready.  Imagine this, a big lake, not too deep, like a glass sheet due to only a slight breeze rustling the leaves.  Birds, ducks, dragon flies and the odd fly or 20 moving around us and the sun sinking to her place of rest for the night.  99.9999% perfect <g> - take the flies away and it would be 100%.  I will let the photos do the talking. 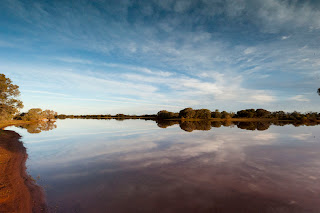 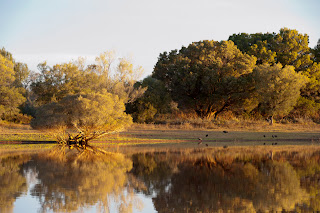 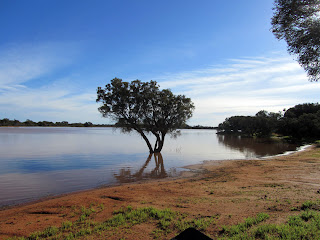 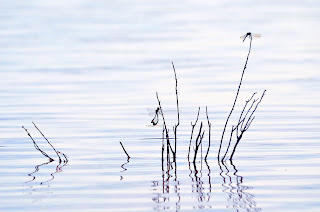 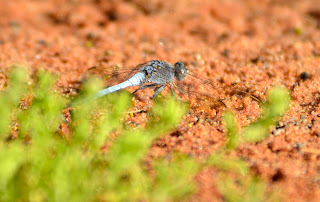 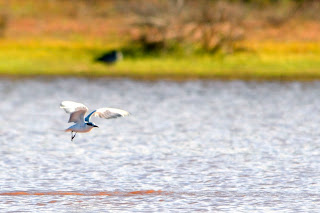 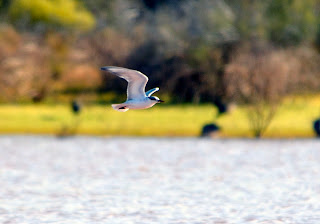 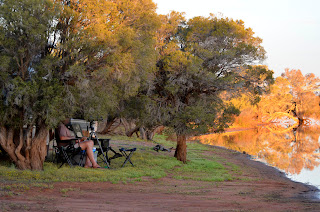 Running out of energy and having had a scrumptious cheese and ham toastie at lunch time we were not very hungry, a tuna and mayo sandwich would do just fine.  Now, we bought a new loaf of bread in Leonora since we lost the other two sometime ago but another problem has arisen, the tuna has now gone walkabout.  I emptied the cupboard of all its contents (finding the old bread squashed up at the back) but no sign of the 5 tins of tuna that should be in there.  I am sure we have some sneaky gremlins accompanying us on this adventure determined to give our brains challenges that will only be solved at a later date.

To end todays blog, as the sun went to bed at the end of another day <g>. 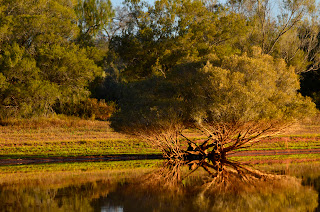 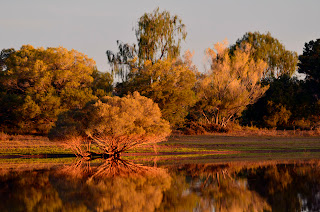 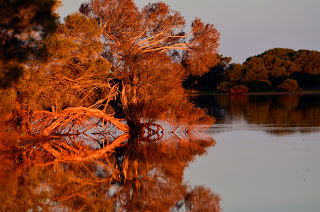 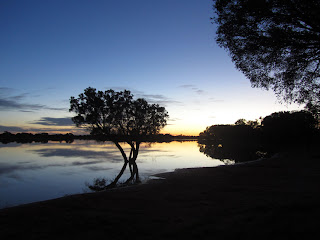