What has happened to the sun, waking up this morning it is cold and low cloud.  We packed up fast and were on our way again to Esperance, to get a couple of parts for Winston, new top bit for his air flow and things to mend his undercarriage water tank so we can fill up, keep our water in tact and have a shower at some point.

En-route we stopped at Salmon Gums, a small place with a place that sold the best bacon and egg toastie we have had on this trip, so full we could not finish it.

Esperance is a pretty little place, we found the Toyota dealer, no prob, they can get the bit we need for tomorrow morning.  Onto a general hardware shop, socket set bought, bits for the water tank too and Winston is back to normal.  Off to find water then head off out for somewhere nice to spend the day, another lake possibly <g>.

Trying to find a laundrette, saying as I only have one pair of clean nickers we saw a pharmacy with just the perfect name.  Last year in Alice Springs we found a road named after us, so this year it made our day to find the pharmacy with our name too <g>. 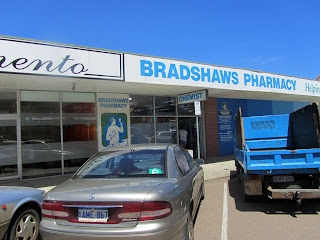 Once all jobs were completed it was time to head out of civilisation, and go exploring.  Saying as our Western Australia Park Pass is still valid, it was an obvious decision to head to the Cape Le Grand National Park where camping is allowed, probably designated areas but a look was need to find out for sure.

What a beach, our first stop.  White, white sand, few people and big waves (still not as big as in the Hawaii Five 0 program I watched as a child,) but pretty neat anyway. 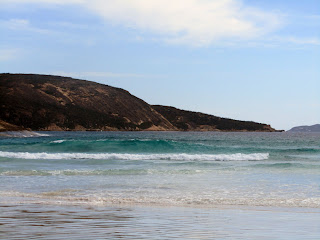 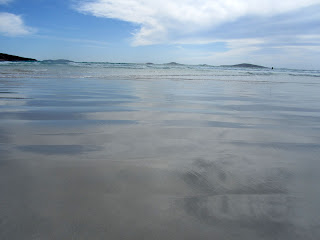 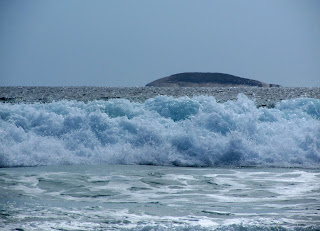 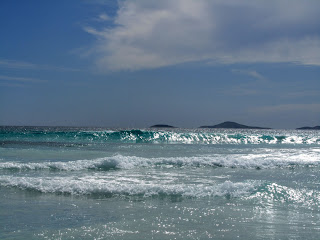 Time to go paddling, if for no other reason than to wash my feet which are rather grubby and be able to say I have played in the South Ocean <g> 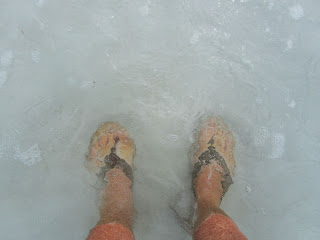 And look what else was happening, surfers. 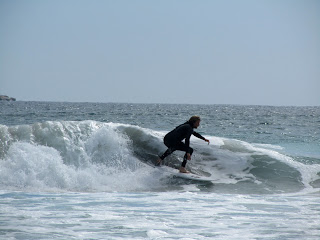 Alas, too many people at the camp site for us to cope with so onto the next bay - Thistle Cove.  No camping allowed here but what a picture with the waves crashing onto the rocks, well worth stopping by. 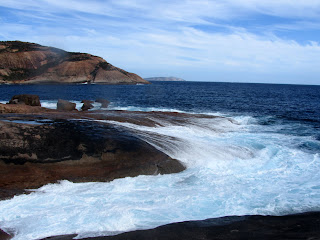 Lucky Bay was pretty too... 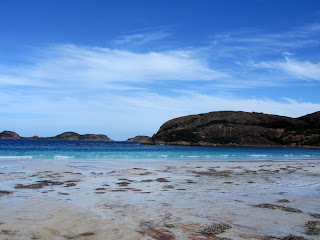 The next location we checked out allowed camping but again too many homosapians around and the beach was not as nice as the first one we visited so no pictures to record our visitation.

Right, there is nowhere in this park for us to rest our weary bodies so back into Winston, leave the park and explore further along the coast to see if we can find a sneaky track down to the South Ocean again.  Alan is so good at this, with the outback sat-nav, we found a 4WD track, yep this one is for us.

Kangaroos but the dozen but the beasts are too fast for the camera and although I took about six pictures of them while driving along this is the only one which actually has them in it :) 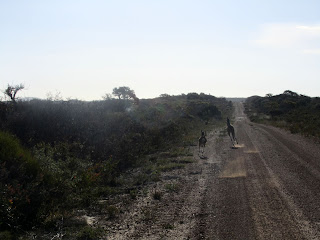 Eventually, after rather a long trek down this track we found a sheltered spot and set up camp.  We could hear the sea, just over the sand dune we were behind so time to grab the cameras and see what we can find.  Blow me, we were still over a kilometer away and we could not be bothered to walk that far!!! 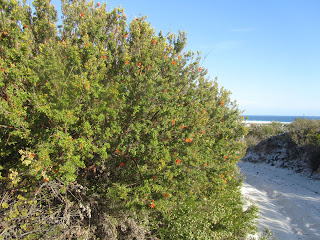 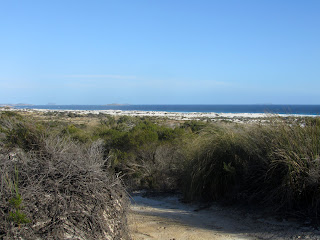 Look how white the sand is, it is amazing, so fine and powder like too. 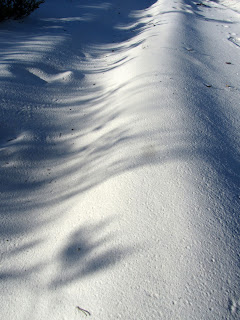 So here you are, Winston's resting place for the night, still in the Cape Le Grand National Park with a free camping area!!!!!! 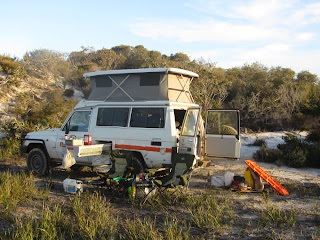 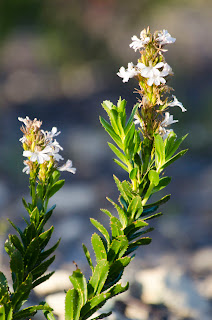 We watched the sun go down and with that the temperature dropped dramatically, pretty b****** cold, so cold in fact we moved our chairs to the back of Winston, donned our jackets and tried to get cosy, all to watch the stars.  That did not work and it was only 7:00 p.m., too early for bed so out with the sleeping bag to snuggle into.  Two more shooting stars, 3 satellites passing by and another twinkling sky.  Half an hour later, still feeling cold we decided to give up and go to bed to watch a movie.  We have several movies with us on the disc drive for just such an occasion.

Sunset pic to end the blog as usual, and what a beauty, a bright orange sky, incredible. 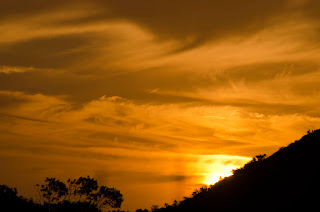