Today has been a day of getting things sorted.  Phone calls to Britz so a replacement tyre can be organised.  Alan went off to the garage to get that while I plowed on with uploading the blog updates and photos (a mammoth task, taken about 12 hours to do <g>).  My camera is fixed, I dropped it on the rocks while Alan was fishing and knocked the catch to release the battery and memory card out of place and the SatNav is fixed too, for some strange reason it had stopped charging in the car, we don't know why but it seems fine now.  This afternoon we went shopping for vital supplies, and tomorrow we will do the rest of the shopping, tea, milk, gas for the cooker etc before heading out to Lake Argyle the next day.  I have bought my boomerang, one of the few items on my shopping list.  In all my ignorance I had hoped to find an Aborigine walking about with an original boomerang, not a chance.  Today I went into an art gallery in town on the off chance they had some, great, yes, but a closer looked showed them to be new and machine tooled.  No, I am not buying one of those, I want the real thing.  When I mentioned these were not what I was looking for I was shown round the corner to a table with three boomerangs on and a few other original artifacts.  I was so afraid to look at the price, what should I do, walk away or buy?  Apparently the real boomerangs are very hard to find, and traditionally carved ones are not being made as it takes too long, hence all the machined ones.  To find the hand carved ones means hunting E-Bay or buying from collectors.  OK, so I bought one, made in 1940 probably during the time the railway was being constructed.  It is beautiful, not perfect, it has a broken bit which has been glued back in with gum from the gum tree (not superglue <g>), it feels old, it looks old and I believe it is old.

The only pictures we have of today are of birds taken around the lake at the Lakeview Motel, maybe tomorrow we will have something else to show you when we go investigate this area a bit. 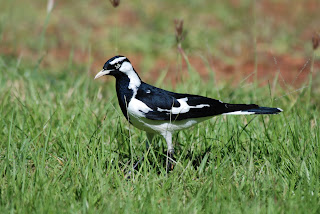 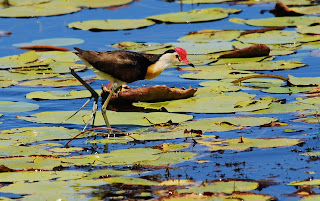 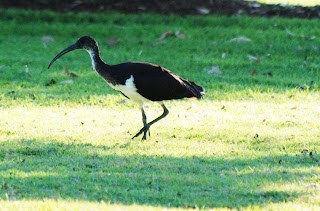 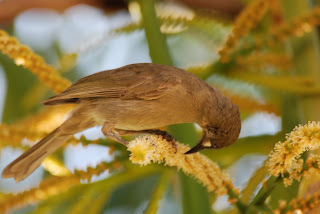 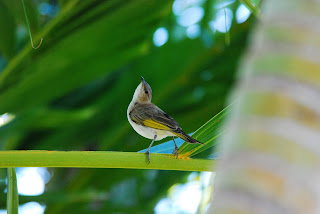 While the shredded tyre was being replaced Alan saw a big cut on another tyre, it was replaced too so now we are roadworthy again and the vehicle is set for the next leg of the journey, Lake Arglye, Bungle Bungle then onto Alice, Uluru and Kings Canyon. 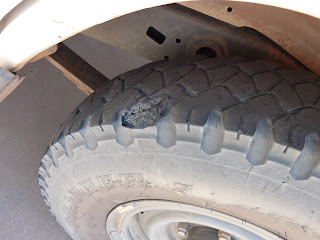