What - a Movie Night, now this is a challenge.  What can one do I wonder???  A poster for a new movie, an invite to friends for a movie night at home, a remake of an old movie, the options are endless.  After much though and chewing of pencils I decided to make a popcorn holder for the sequel of Avatar.  I loved Avatar, the colours and special effects had me totally drawn in.

To begin with I made a template of a popcorn holder which I cut on my Black Cat.  I then coloured this with Blue glitter acrylic paint and using Promarkers, air brushed black and maroon over the top.   Boy did I get messy hahahaha 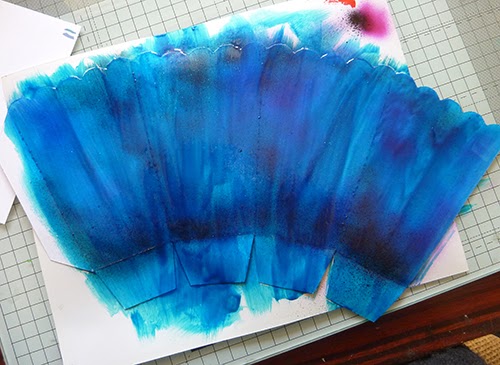 Next I printed my planning and working sheet with two copies of the digi, Vaguely Goth by IKEsART.  Also on my sheet are some popcorn pieces which I designed, to be cut out and coloured with Promarkers, blossom coloured oval which I need to decorate for the box, the front and back of a tag I am adding and a ticket to the movie which I designed.  Also on my sheet is my idea how to colour the digi which I played around with digitally the other night and a pic of Neytiri from the real movie for inspiration. 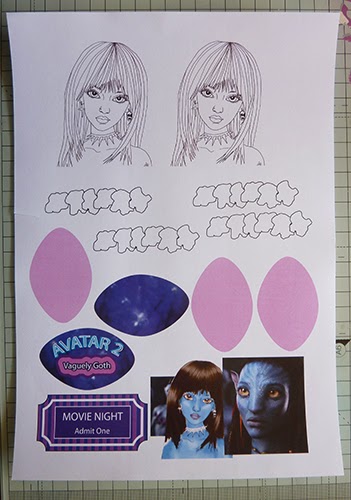 If you saw the movie, do you remember the part in the forest where we see the Tree of Souls, (my favourite bit) and all the seeds etc are floating around?  That is the basis for the background of my popcorn box. I know my interpretation is nothing as beautiful as the real thing but it works for my box :) :) :) I added .................. in blue and silver to the base of the oval to represent the tendrils, air brushed with Midnight Blue and Maroon for a bit of shadow etc and then covered with Stickles applied with a paint brush..  I also drew other floating seeds with a silver pen directly onto the box.  The popcorn was fussy cut and areas coloured with Satin Promarker.  These were then attached to the box. 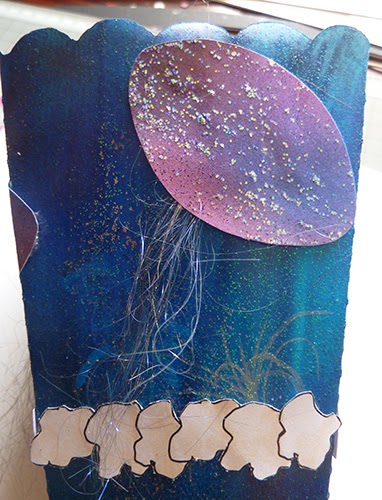 The digi was coloured with Promarkes.  Once again I forgot to take a photo of it before I fussy cut it and attached it to the box grrrrrrr. 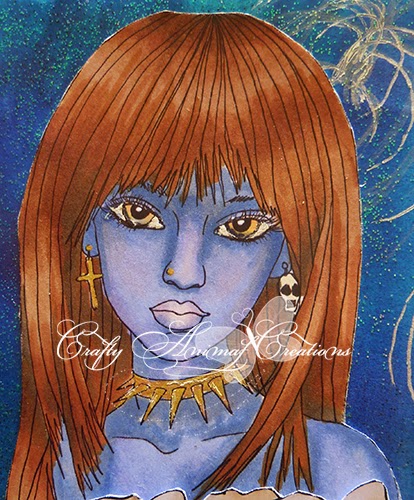 Next I fussy cut the sections for the tag on a stick.  Again I airbrushed to get some shadow going on. More silver and blue ....... was added, the skewer was stuck to the back of one side and then I put the back on. 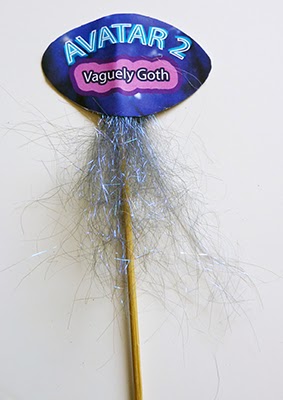 Finally I cut out the ticket which I designed. 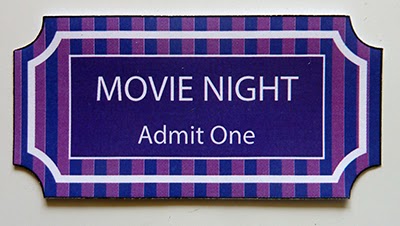 Here is the finished pop corn container complete with popcorn :) :) :) 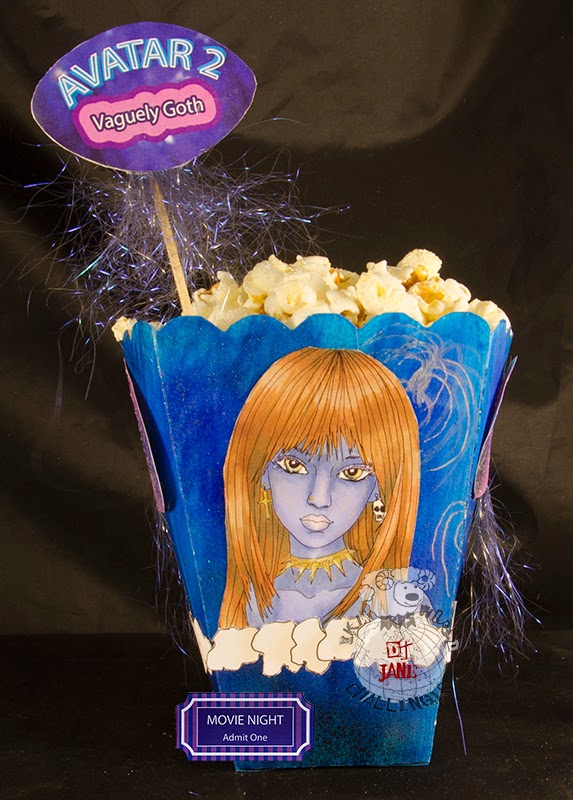 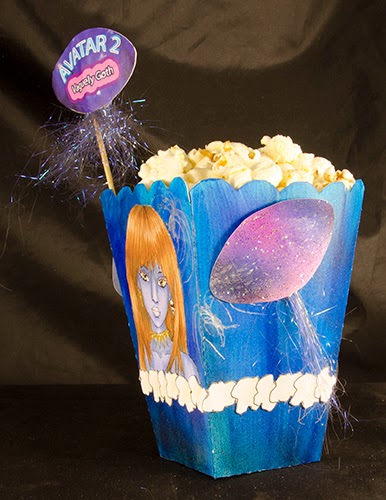 I am all set now, just need the movie to be written, produced and released for public viewing :) :) :) 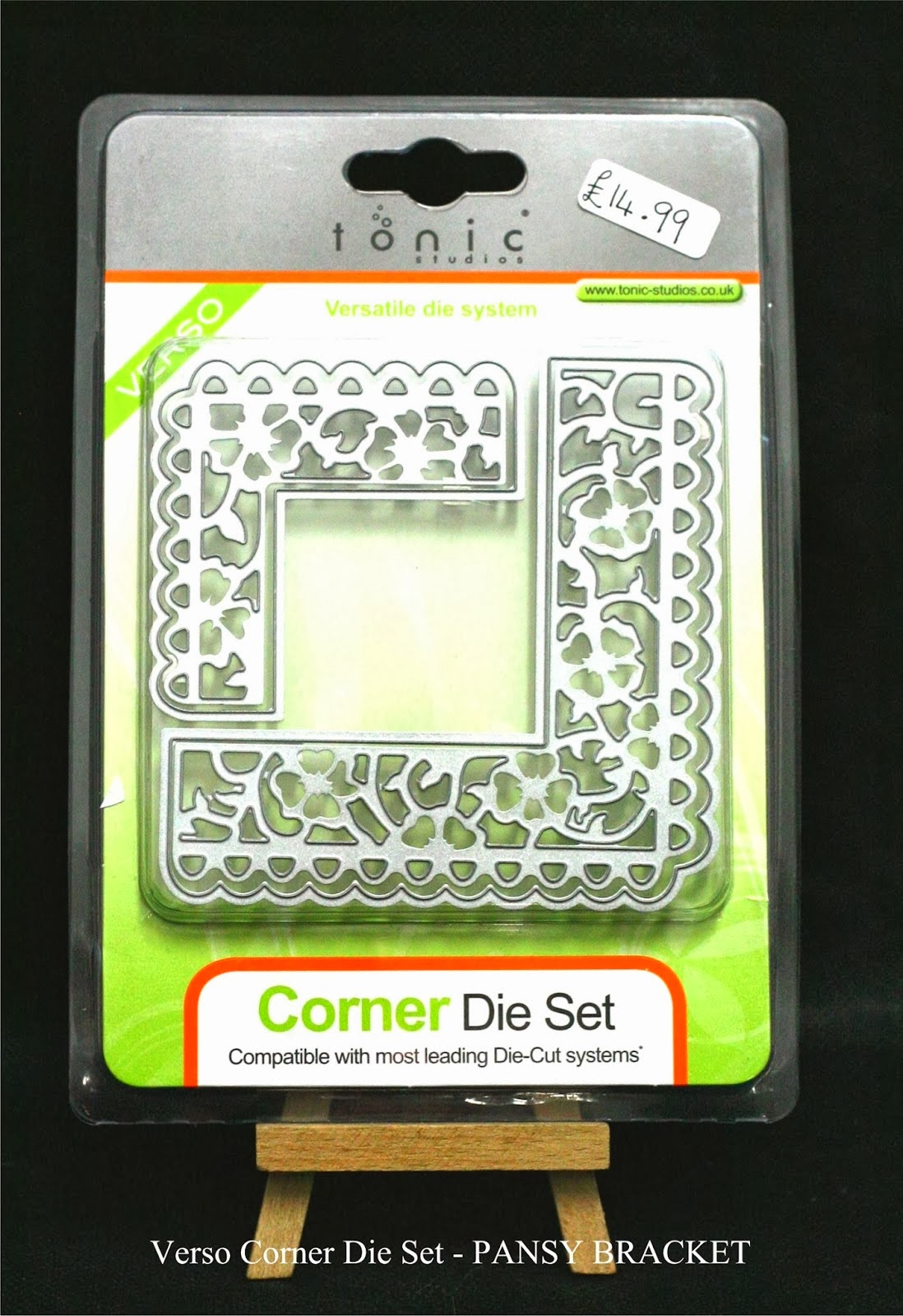 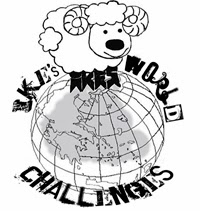 To win the prize you must use and IKEsART image.
Ingredients:-

I am entering this project into the following challenges:-