Oh you puppy lovers are going to just love this new image from Aurora Wings, 'Puppy Sprite' is just adorable :) 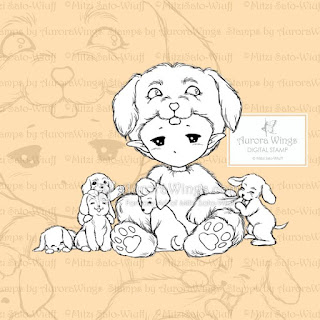 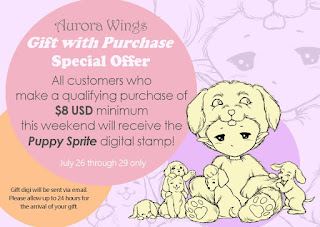 To showcase this gorgeous new addition to the Sprite family I decided to make a shape coffee cup card as I could just imagine in real life how this image would look on a mug and every cup of coffee drunk from this mug could do nothing but make you smile and brighten your day :) :) :) 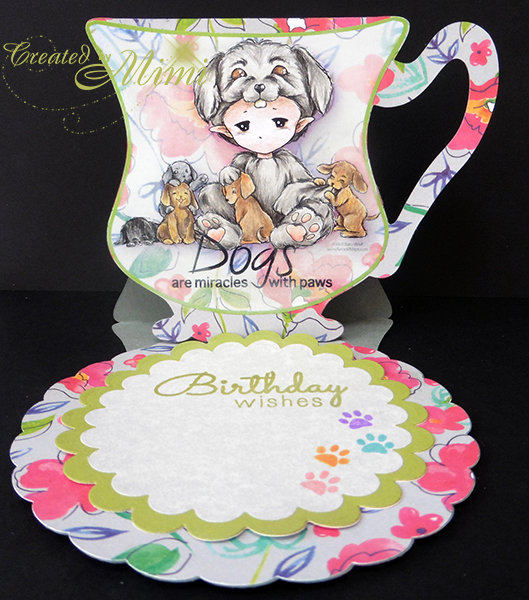 I used the cut file 'Tea Cup' from My Scrap Chick, such a versatile cut file which I seem to have used several time recently so think it is going to be a favourite lol.  The Aurora Wings image 'Puppy Sprite' was coloured with Polychromes.  I used the png. version of the file and overlaid it onto a photo I had taken of the patterned paper I was using and added the sentiment digitally too.  Now I will admit this card gave me a bit of a headache and I very nearly started from scratch with a plain white coffee mug with gold trim.  I don't work well with patterned paper, no matter how hard I try the image in my head of the end project goes askew when I introduce pattern paper into the equation lol.   I had thought of a white backing for the image over the pattern paper but really felt that would look wrong but when I coloured the image the pattern really distracted, gutted and so nearly put it all in the bin.  Anyway, I decided to hang back from the disaster and come back to it a couple of days later to see if I liked it any better.  Alas no, but saying as I was about to trash it I saw no harm in trying something else first so it was out with my white Pan Pastel to soften the background but still keep the feeling of the flora cup.  Again I walked away from it for several hours so that I could look at it with fresh eyes and I think this worked pretty well so after that it was onto finishing the card off with the green scalloped and grey scalloped sentiment layers.  Yep, happy with this one now lol.

Check out the new Spites in the Store, they are just adorable :- 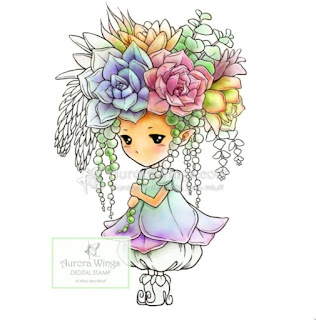 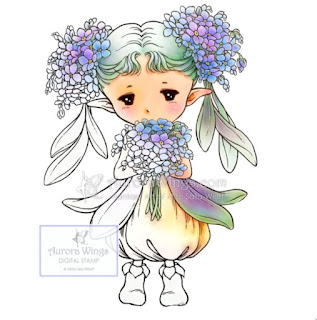 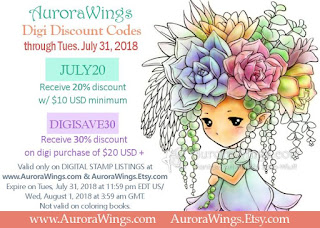