Come and join us at I ❤️Promarkers, our challenge theme is 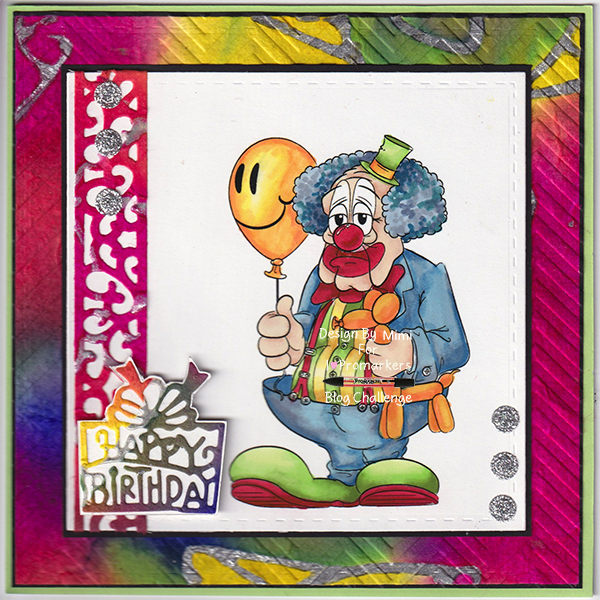 I can think of a few people this card would be perfect for, my hubby being one of them hahaha.  He thinks birthdays are rather over rated to the point he often forgets a family birthday - yes even mine ROFL.  For this card I covered the card base with green paper then added a layer of hand made paper which I had mounted on black paper then embossed.  Biffo by Dr. Digi was coloured with Promarkers then die cut with the square stitching die.  To this I then added the ribbon bar from a bow making die and also the die cut birthday sentiment which was mounted on foam tape for a bit of height.  It was devilish trying to die cut the soft hand made paper which I had used double sided adhesive backing on, especially the birthday cut.  In the end, after 3 attempts I left the die cut paper in the die, pressed this hard onto white card and then, with the cut still in the die used the die to cut around with my craft knife.  Worked a treat and I was able to stop any ripping or deforming of the die.
and the sponsor for this challenge is Dr Digi's House of Stamps with a 2 digital images of the winners choice.