A while ago I bought the most gorgeous poppy die (Creative Expressions Sue Wilson Finishing Touches Collection - Exquisite Poppy Die Set) which I have been itching to use and here I have had the perfect chance :).

Ike has been a real superstar here as I wanted to make this card for my youngest daughter, Nicole, who is in the British Army.  Most of the image I see around for Remembrance are American themed as in the dress code which would not work this time so I asked Ike if she would draw my daughter in her British military uniform from a photo I have of her taken on the day she completed her Phase 2 training and became a fully fledged army girl.  My daughter is the one on the right :).  For the image I asked Ike to have Nicole saluting.

It only took a day or two and Ike got back to me with a wonderful image, very casual with a pose that in the real military world would be totally unacceptable and probably lead to a real ticking off with the big boys.  Ike, I think was worried it was overly casual but I would not let her change it, the image had the Ike feel through and through and no disrespect is intended in any shape or form.  If anybody is offended I apologise. 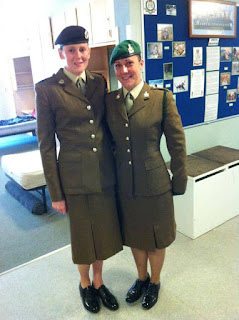 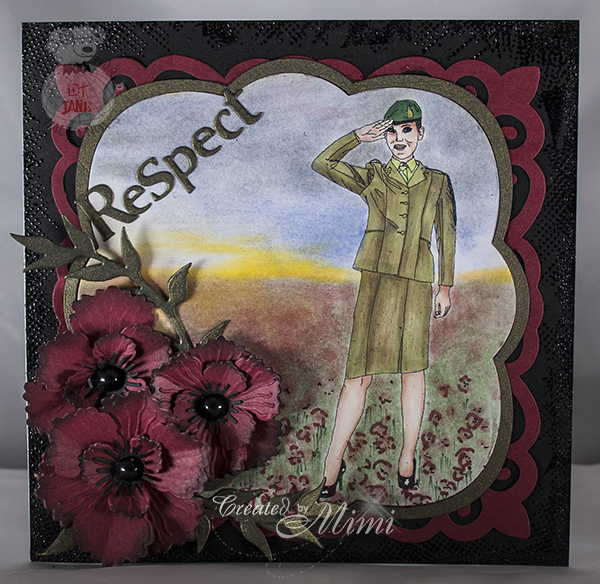 I coloured the image with Promarkers and Polychromos then attempted a field of poppies as the background using Pan Pastels.  Next the image was fussy cut and placed on the background.  The poppy sections were die cut and then each petal edged in black, the centre of each poppy was finished off with a black half pearl bead.  The leaves and text were also die cuts.