NOTE - It is now Nov 8 and we have just entered Meekatharra, heading south now on inland roads. I have a few moments to get this blog post uploaded while Alan gets some supplies in from the local supermarket.

Well waking up this morning I was itching to know if the jellyfish tent had survived the night in one piece, blow me, it did. The young couple packed up early and were on their way to their destination while we were still contemplating sorting ourselves out and making a move too.

Onto Carnarvon (unlike Carnarvon on the west coast of Wales, there is no castle here). Now the thought of another town was not too enthralling but we needed a few more supplies which were not available in Denham yesterday, a ready made salad, and some precision screwdrivers to try and fix my small camera which has lost its capacity to zoom since it's ordeal back in Chicago Dunes. I was trying to get a picture of the sand blowing along a sand dune ridge but seem to only have achieved getting sand into the zoom lens area - it is still taking great pictures without zoom so not all is lost).

Carnarvon is a rather nice place, I could move here quite happily, not big, spacious, single story homes and a rather gentile feel about the place. Wow, I am being complimentary about human habitation for once 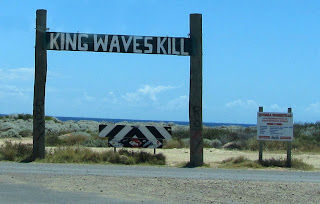 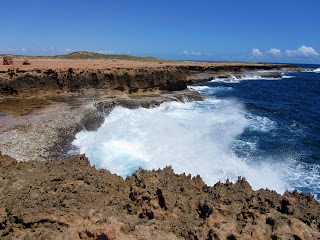 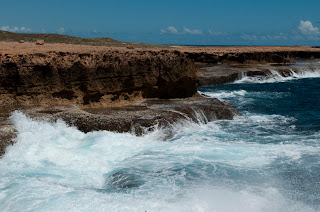 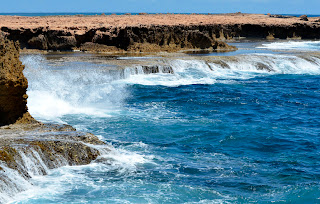 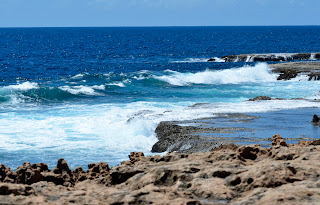 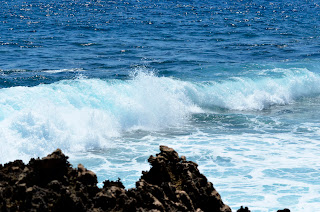 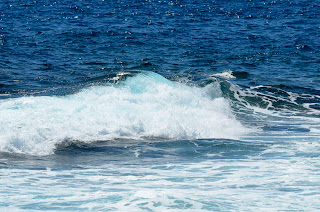 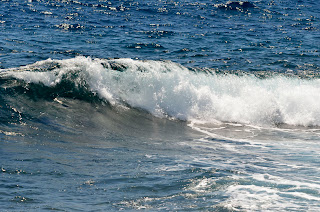 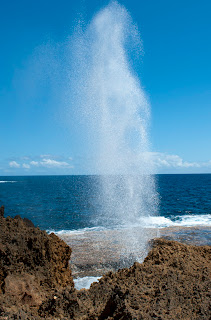 Our next stop was Red Bluff where we camped for the night. So far we have only paid to camp in the Francois Peron Nationl Park but this is a private campsite and something we have tried to avoid. However, it is so well laid out and we had a location on top of the sand dunes with crashing waves beneath us and about half a mile from our neighbours so we still had the feeling of being on our own with nature. Now, I guess paying for this camp site has one benefit, we have another loo, with a loo seat and toilet paper, and to top that off even hand washing lotion has been provided. It is rather a posh outdoor loo, the walls are made of banana leaves, the door a piece of green mesh and there is no roof so you can sit and contemplate your next move while looking at the stars. 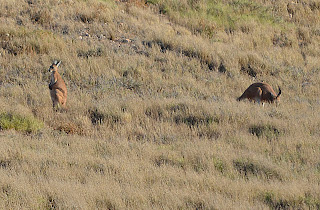 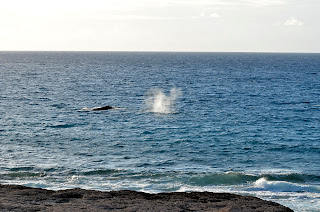 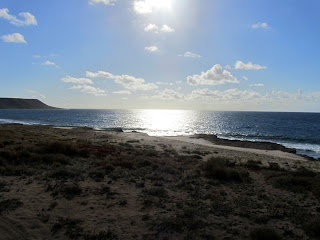 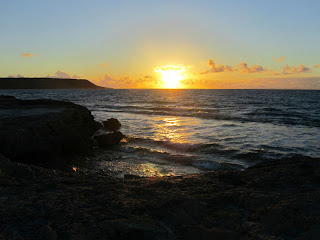 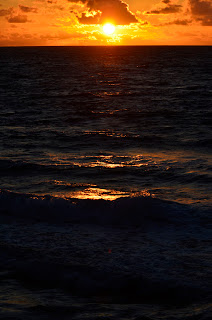