The image used for this card is Dunderton Academicals FC by Dr. Digi House of Stamps. This card seemed to give me one headache after another.  I should have engaged my brain more but the battle was good for the old brain cells which is a bonus.  I removed the stripes from the t-shirt as they were horizontal and for the local football club in my area the stripes needed to be vertical so I drew them in again in the correct direction.  The colours of the team are Black and Gold so it was an obvious choice to use those colours.  I did not want a plain green background to made that using alcohol inks and then die cut the goal posts and used black thread to make the netting which seemed to take me ages and was so fiddly. 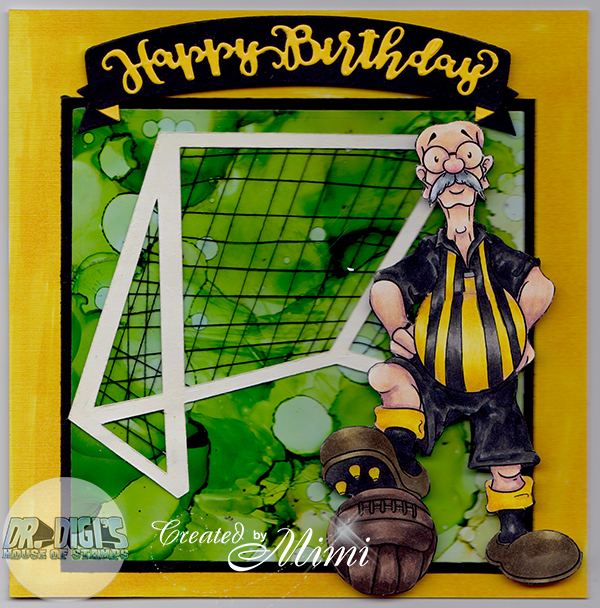