Todays card uses the  image Morag that Moo by Dr. Digi House of Stamps.    Oh how I love highland cattle, there really is something so special about them and their stunning coats. 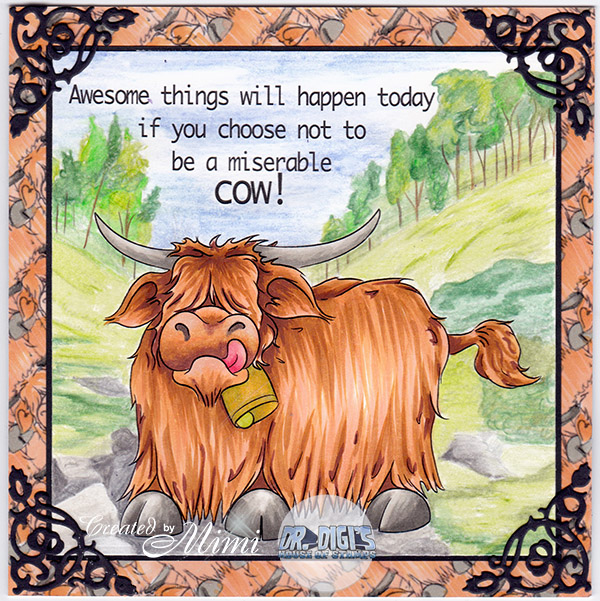 Morag was printed, coloured with Copics and then fussy cut and placed onto the watercolour background which I created with watercolour pencils.  Next I designed some backing paper using the Morag the Moo image and a tiling program I have called Patterno - certainly a task as I wanted the colours to match the coloured image so opted to print the background paper in black and white and then colour with Copics.  I did think of creating the backing paper with Morag fully visible and identifiable but rather liked the effect of the pattern, not obvious at first glance but something that will be noticed by the recipient at some point :).    Oh such a bad sentiment but hopefully you will take it as a bit of fun as it is pretty common slang where I live and not meant in malice.  To finish the card I mounting Morag and her background on plain black and then added the four die-cut corners.


I am entering this card in the following challenges : -