You know when you get one of those days when you need some 'me time' but don't know what to create.  Today was one of those days so I headed over to PaperPlayful to find a couple of challenges to enter and create a card around their themes.  Sounds simple but I still had to trash my first attempt, it just did not come together as I had hoped.  Deciding not to quit I started again and totally forgot one of the challenges had to have something with the letter 'D' - blow me my first attempt was using a drill the second card I forgot the D and did cars.  It was not till I was half way through it I realised grrrrrrr.  Thankfully after moaning to hubby he came up with disc brakes as they are on a car and drew me a nice wee picture of what they look like.  Now to make them, what would work?  - Button dies lol.  I don't have many male themed cards in my stash so this is a handy one to put away and I do rather like how it turned out.  After my crafting 'me time' I feel a lot better hahahaha. 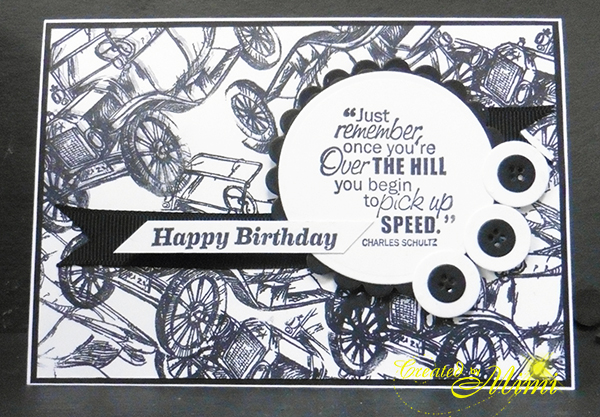 The background was created with a vintage car stamp from Papermania which I have had for ages.  I stamped a couple of spare cars and fussy cut them to use for masking.  The sentiment stamp is from and the Birthday stamp a freebie from a magazine.  Spellbinder dies were used for the topper and white circles for the disc brakes, the button die is in a packet I have and have not written who the maker is sorry.  Black ribbon added a bit of texture to the card. 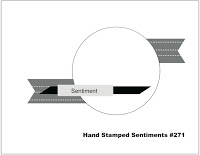